Why You Should Be a Truck Driver

Why You Should Pursue a Career in Commercial Truck Driving

Why Should You Pursue a Career in Commercial Truck Driving?

How Much Do Truck Drivers Make?

Speaking of job security, in May of 2013 there was an estimated 1.5 million heavy truck and tractor trailer drivers earning an average median salary of $38,700 a year, which calculates to roughly $18.61 an hour. In fact, truckers who were at the lower end of the pay scale still made $25,330 a year and truck drivers who were at the high end of the pay scale made an estimated $59,620 per year. How many other jobs can boast such a wide range of salaries without a four-year or even a two-year college degree? Not many. and, what does the projected job growth look like for truck drivers from 2013 to 2022. Eleven percent. That means there will be an estimated 192,600 new truck driving jobs by 2022.

States That Employ the Most Truck Drivers

So, at this time, where are more truck drivers employed than anywhere else? Texas, California, Pennsylvania, Florida, and Illinois. The state of Texas hired 157, 260 truckers in 2013 while Illinois employed an estimated 66,050 truck drivers. But, don’t think you will have to relocate to one of these five states in order to find a decent truck driving job. The entire east coast is full of states that have an average 40,210 to 157,260 working truck drivers. If you’re looking for the states with the highest concentration of truck driving jobs in the U.S. look no further. North Dakota boasts 15,310 trucking jobs with an average median salary of $47,580 while Arkansas, Nebraska, Iowa, and Wyoming follow closely. Truck drivers in Alaska have the highest median salary at $53,440, while truckers in North Dakota, Massachusetts, District of Columbia, and Wyoming make an average $47,000 a year. If you were to look at a map of the United States showing the areas where the most truck drivers are employed, you would see that truck drivers are heavily employed from Texas all the way over to Pennsylvania and Florida, and all the way up to Michigan. Califonia and the Pacific Northwest also employ many truck drivers. Which areas have the least amount of working truck drivers? The midwestern states. That is why truck drivers in these states make more per year. Here’s one more thing to consider. U.S. intracontinental truck driving jobs cannot be outsourced.

Here are some more fascinating facts about truckers. The total distance traveled by truck drivers per year is 93.5 million highway miles? To put that in perspective, that’s 256,197,260 miles per day, 2,965 milers per second, and 3.7 million times around the earth or 195,713 round trips to the moon! That’s a lot of truckin’! Of course, with all those miles it would be nice to get good gas mileage. Unfortunately, that’s not going to happen. On average, long haul trucks can carry 300 gallons of fuel, but can only travel eight miles per gallon. That’s about 6.8 gallons of fuel an hour at 55 miles per hour. That means it would take a class 8 tractor trailer 44 hours and 347 gallons of fuel to travel from Los Angeles to New York City. Of course, with a 300 gallon fuel tank, you would only have to stop for gas one time. With all those miles to travel, one of the perks of long haul truck driving is being able to see the beauty and splendor of the United States countryside and getting paid to do so!

Now that you know just how important the trucking industry is to the U.S. economy, how much the average truck driver makes a year, and how many total miles truck drivers travel on average per year, I want to end this article with one last statistic. The value of shipped goods that the commercial trucking industry transports per year is $139,463,000,000. That’s $382,090,411 per day and $4,422 per second! That is how valuable the trucking industry and the truck drivers themselves are to the citizens of the United States. Think about this, if you will. Almost every facet of our economy is dependent upon the trucking industry, from food to fuel, medicine to machinery, cars to clothing, and construction to manufacturing, they are all delivered and dependent upon the commercial trucking industry. To put it another way, if it wasn’t for truck drivers, you wouldn’t have a bed to sleep on, soap and shampoo to clean yourself with, clothes to get dressed in, food to eat for breakfast, a toothbrush and toothpaste to brush your teeth with, a car to drive to work in, gas to fuel that car, a computer to work on, food to eat for lunch, a car to drive back home in, a refrigerator, stove and microwave to store and cook dinner with, plates and utensils and a table to eat on, chairs to sit on, and a television to watch the game on while you sit in your sofa and drink your ice cold beer that was transported by truck drivers. Of course, I left a lot of stuff out but, you get the picture. Oh, I almost forgot, you wouldn’t have a house to live in either, unless it was made out of something other than bricks, concrete, wood, metal, or stone. Remember, if you bought it, a truck brought it.

Get Your CDL in 4 Weeks or Less!

Are you ready to take the next step and begin your career as a well-paid professional truck driver? We’ve partnered with some of the best truck driving schools in the nation and have helped thousands of people just like you find a high quality truck driving school. We’ll make it easy for you to find the right school and start training immediately. 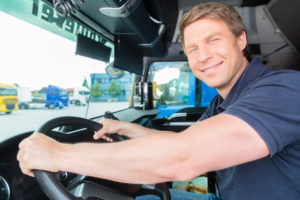 The schools in our network hold one or more of the following quality standards:

Just click the orange “Find Your School!” button below and request information from tlocal CDL training schools. Hurry! Classes are filling up fast!